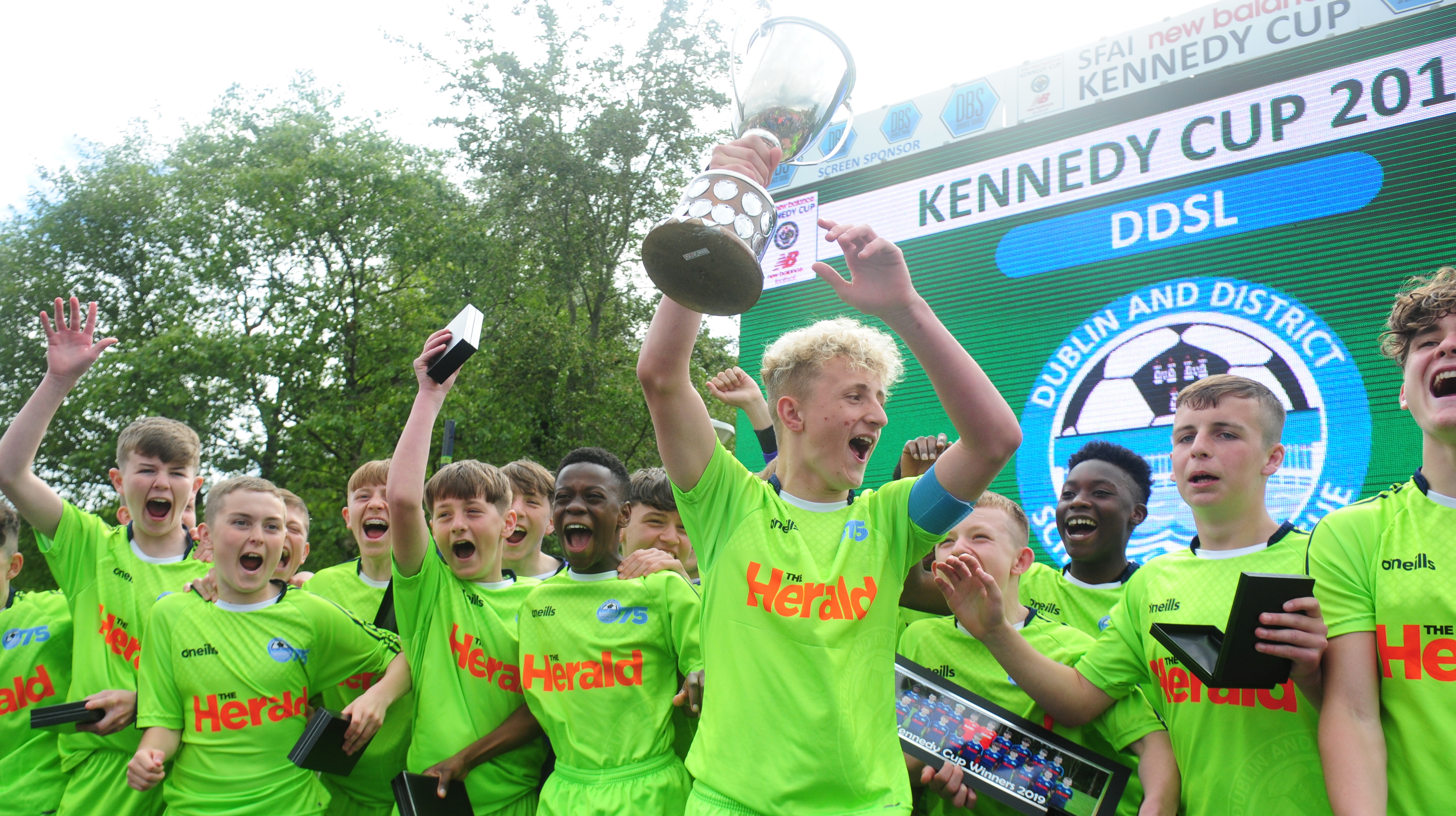 The DDSL claimed their 33rd SFAI New Balance Kennedy Cup on Saturday in University of Limerick courtesy of goals from Kevin Zefi and James McManus,

Up against Mayo, the Dublin side were made to bide their time, but when Zefi struck, and then McManus hit the back of the net just before half-time, Mayo were up against it.

That being said, Mayo showed plenty of grit and determination in the second period, and some good football too, but a clear chance never came, and Conor Walsh had to be at his best to deny Zefi bagging a third.

Walsh was awarded the Player of the Match, and rightly so, with the young shot-stopper proving to be a real talent throughout the tournament.

Overall, Mayo’s run to the final was a historic one, and their first appearance in the showpiece event will surely be replicated in years to come as they continue to develop their football.

In the 3rd/4th place play-off, Longford ended their 2019 SFAI New Balance Kennedy Cup journey with a victory over Carlow – Stephen Kelly youngsters were the talk of the tournament, and proved that anything is possible as the fourth seeds topped their group and then made it to the semi-finals.

In the Plate Final, Waterford overcame Galway on a 2-0 scoreline, while in the Bowl Cork beat Limerick District 2-0.

In the Shield Final Eoin Kenny bagged the only goal to seal the win for Dundalk when they took on Donegal, while the first game of the day between Limerick County and WWEC was won by the County fledglings.

Many thanks to all who attended, who played, who gave their time as volunteers, and who made the competition what it was.

This site uses cookies: Find out more.
Scroll to top